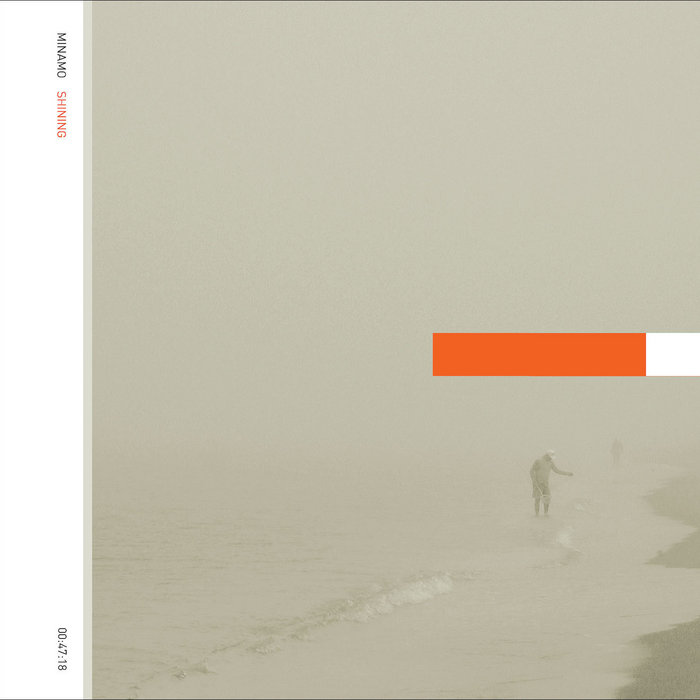 12k is proud to announce the latest release from Japan’s Minamo. Shining is the quartet’s 5th full-length release to date and continues in a common tradition of being sourced and edited from live performance recordings, a practice central to the band’s interest in improvisational forms and organic track growth.

While guitar is still the prominent instrument, Shining takes a slightly different path from the drone-oriented releases of the past. Still pursuing vague and evasive atmospheres Minamo now inject much more prominent rhythm and turbulence, as on “Crumbling’s” software driven looping or “Stay Still’s” 16th note picked guitar repetition that is quietly offset by sparse piano. This is part of what makes Shining a work of subtle pairings and contrasts. Digital hums and crackles merge with the glacial pace of peaceful, melodic string resonance, blurred echoes of familiar sounds fall away into pools of feedback. This is highly free-formed work yet at the same time there is an obvious communication between musicians (and instruments) that makes Minamo’s music a language unique to a 4-piece band as they continue to explore the unstable boundaries of free improv, post-rock, and live electronic ambience.

In 1999, the electro-acoustic group Minamo was formed by Keiichi Sugimoto and Tetsuro Yasunaga.
In 2000, minamo’s self-released CD-R “wakka” was reissued by the New York label Quakebasket.
This release was selected by Matmos as one of best sounds in 2001 in The Wire magazine. In 2001 two new members joined, Yuiichiro Iwashita (guitar) and Namiko Sasamoto (sax, organ), to make the band a quartet. ... more

Bandcamp Daily  your guide to the world of Bandcamp